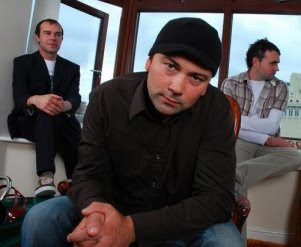 This little known Irish band is a terrific find for lovers of Jason Falkner, Pugwash and XTC. For the last several years Barry O'Brien has made guest appearances with Pugwash. He is a kindred spirit producing top flight Power Pop. In 2004, Barry released a four song EP entitled "Spark" that name-checked Pugwash, XTC, Jason Falkner and Elliot Smith. Every track is a winner on that EP, shining with great playing and great hooks. These tracks were released pretty widely and are freely available on Garageband and Stumble. I've collected them here for convenience

When I recently checked Myspace to see what Barry had been up to, I found his new band Slumberjet and two new tracks and they are excellent! To my ears the track "The Letter" sounds like a lost track from a Jason Falkner album. Try it out and let me know if you agree. I've looked long and hard, but there are the only six finished tracks available from this band as yet. I added a couple of low quality acoustic recordings I found to round out the collection.

According to their Myspace site, Slumberjet has finished recording their new CD. I can't wait to hear the rest of the album.

Do not miss this great new band!
Posted by Haper at 7:51 PM 9 comments:

The Posies - Every Bitter Drop 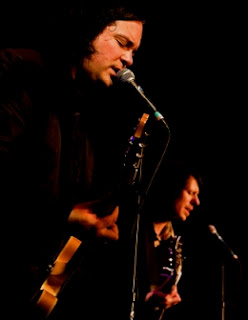 For a band that has broken up more than a few times, the Posies have had a remarkably consistent and high quality output. I think that all of their albums feature creative melodies and great playing. The solo records from both Jon Auer and Ken Stringfellow are also well worth picking up.


Its been a while since the latest Posies release and of course it would be great to hear a new effort. Until then, here is a compilation of b-sides and tribute tracks . Its the first of a couple compilations that I'll post. I think this collection works pretty well in the order here. Be warned - it is heavy on cover songs. Auer and Stringfellow bring a lot in interpreting the work of others.
Many of these tracks were included in the long out of print Not Lame box set "At Least At Last" though I don't think all of them were included in that package.

Enjoy Every Bitter Drop
Posted by Haper at 7:38 AM 12 comments: