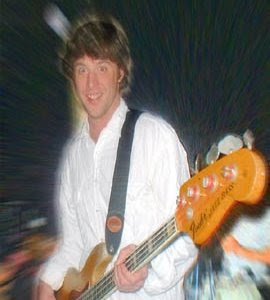 This post is by request. It's the long out-of-print complete album by the co-leader of the Semantics, Millard Powers. I finally found the original way back in cold storage.

Initially issued as a virtual album on the original incantation of MP3.com, this album shows how critical Powers was to the sound of the Semantics - in addition to Will Owsley who we all know turned into a two hit Power Pop comet phenom. Both had classic (and somewhat similar) Power Pop voices

I've posted most of this before , intermixed with some of the demos for the Semantics album . Here is the complete posting with the original mp3s in the original order in all of their glory. This version includes Millard's solo redo of the Semantics classic "Jenny Won't Play Fair".
Enjoy.
...and Happy New Year!
Posted by Haper at 3:35 PM 4 comments: