It's early 2015 and the big news is that the Irish band Pugwash is hard at work on a new album at the legendary Konk studios and they need your help.  Thomas Walsh and crew are working an active Pledge Music campaign to help defray the cost of producing the new album and anyone reading this blog should chip in and support the effort. No band recording today has produced a more consistent Power Pop catalog than Pugwash. The new album is due out in May and so far Thomas has posted three demos in the protected area within Pledge Music. Each is brilliant (no surprise there).

I can't wait for the new one and pulled together a rarities compilation to listen to in the interim.  This compilation features demos and B-sides and a number of demo tracks from Thomas Walsh side project "The Duckworth Lewis Method".  Lots of nice material until the real effort arrives.

I've put three Pugwash rarities compilations together so far, and each time it hits me how superior Pugwash's cast-offs are to the vast majority of material from other artists.  As usual, please let me know if you have any rare Pugwash that I don't have. 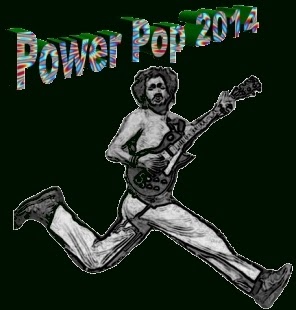 No releases from Jason Falkner, Roger Manning or Pugwash this year.  Still in balance, a nice set of Power Pop releases.  Here are my top 25 for 2014:

1. The Dowling Poole - Bleak Strategies
The most impressive release of the year.  Willie Dowling takes the power pop chops he displayed with Jackdaw4 to new heights with new partner John Poole.  I hear echos of Jellyfish and XTC in this one.  Great!

2. Linus of Hollywood - Something Good
A perfect summer confection from Linus. Great tunes.  Great production.  Not a bad tune on this fine album.  Can we have another one Linus?

3. Mothboxer - Sand and the Rain
A somewhat more introverted effort from Dave Ody than previous Mothboxer albums, this album still has an intoxicating mix of Beach Boys style ballads along with XTC style prog pop rockers.  This band helps me get over the break up of Electric Soft Parade.

4. Cliff Hillis - Song Machine
I know this is actually an EP but its a long one and Cliff is generous releasing bonus tracks to supplement.    A nice song cyle from Cliff that really hangs together.   Very nice effort.

5. Fauna Flora - Fauna Flora
The return to recording from former Cherry Twister headman Steve Ward was a big deal for me.   This is a great effort featuring Steve's soothing voice.  Wonderful tunes and great production.

7. The Legal Matters - The Legal Matters
The Michigan based power pop supergroup features the talents of Andy Reed, Chris Richards and Keith Klingensmith.   No surprise that there are great songs galore on this one.  Loved this one.

8. The Nines - Nine Lives
So we've heard some of these songs before but hey its the Nines.  Always a cause for celebration when there is a new one from Steve Eggers and the Nines.

9. Rick Hromadka - Tripping Dinosaurs
Rick Hromadka has lead a series of bands starting with Double Naught Spies, Maple Mars and Ruby Free.  This solo effort demonstrates that whatever the vehicle, he channels great pop of the sixties.

10. Charles Jenkins and the Zhivagos - Too Much Water Under the Bridge
The new effort from former Icecream Hands vocalist Charles Jenkins brings back the Power Pop after his last more folky effort.

11. The Jigsaw Seen - Old Man Reverb
This may be the best Jigsaw Seen album since 2000's Zenith.  Nice tunes from the retro psychedelic band.

12. Evil Arrows - Evil Arrows 1,2,3 and 4
The four EP's from Bryan Scary's latest project more than equal's an album in my book. Quite a grab bag of catchy quirky tunes.  Lots of gems here.

13. Sunday Sun - We Let Go
Probably the slickest release on this list. The first official release from the Dutch band.   Nice pop from this up and coming band.

14. Lannie Flowers - Live in NYC
This album functions as a "best of" for the Texas based Power Popper.   Even if you don't know Lannie Flowers, you'll get it after listening to this effort.  Great sound quality too!

15. Lapland - Lapland
I loved this quiet poppy effort from Brooklyn based songwriter Josh Mease. Sleeper album of the year.  It creeps up on you.

17. The Paul and John  - Inner Sunset
Some amazing tunes amongst some more ordinary tunes.   Personal favorite track is "Everything Comes Together".

18. Aerial - Why Don't They Teach Heartbreak at School
Perhaps the best album this year in the "Teenage Fanclub school" of power pop.

19. The Tangerines - Turn On The Light
Perhaps the best album this year in the "Swedish school" of power pop.

21. The Jellybricks – Youngstown Tune-Up
Always great to hear a new one from the Jellybricks. Both singer songwriters hitting on this one.

22. Shake Some Action! - Catch the Sun
This band always channels the vibe of the Hoodoo Gurus for me  Another solid effort.

23. Sloan - Commonwealth
Always fun to have a grab bag from the Canadian band.   This two disc set organized by each singer/songwriter.this time.

24. The Both - The Both
Yes Aimee Mann efforts have become predictable and boring of late, so a duet album with Ted Leo promised something fresh.  This one doesn't quite live up to the promise though.   Some nice songs but not enough of them overall.

25. The Rip Off Artists -  The Intercontinental
I loved the previous Rip Off Artists album and I like this one.  Some fine tunes from Graham Parker disciples Nick Pipitone and Peter Batchelder along with a few that don't work as well.
Posted by Haper at 2:58 PM No comments: