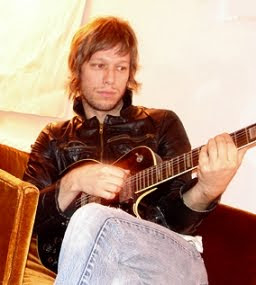 Over the last month, I have been listening a lot to the new Jason Falkner CD "All Quite on the Noise Floor". I think its one of his best in years. It really shows you the great work that Jason is capable of.

A great effort like this brings out the completest fan in me and I recently discovered a few Jason tracks from soundtrack of the movie "The Informers" that I didn't know existed. With these tracks, Jason returns to that 80s Gary Numan synth sound he explored with TV Eyes (his 2006 project with Roger Joseph Manning Jr. and Brian Reitzell). If you haven't heard the TV Eyes album, head over to King Size Mong's blog and check it out straight away.

I've collected a companion collection of Falkner tracks either with Manning and Reitzell or in the 80's synth pop style of TV Eyes. Included are four early demo tracks by TV Eyes from when the group was going to be known as "Softcore". These are different versions/mixes of four of the tracks that eventually ended up on the TV Eyes CD. Special thanks to King Size Mong for making me aware of the hard to find TV Eyes "Softcore EP" they also released.

Below is a track listing of the collection. Enjoy and please let me know if you have something I have missed in this vein.