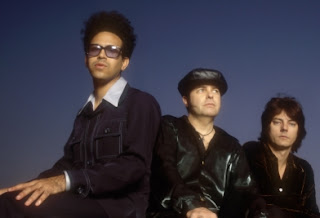 It's high summer in the western hemisphere and we are currently in the middle of a scorcher. The heat makes me long for some summer beach tunes. The new Beach Boys album has its moments but what I'm really longing for is a new one from the Wondermints. Its a tall order since Wondermints albums have been few and far between since the start of the band back in 1992. All told, there have been just five albums released during that 20 year period. The last effort 2009's Kaleidoscopin' was an official compilation of rare b-sides that Wondermints fans have been collecting and recompiling since the very early days of the band.

Since the band itself has been spending its more recent years supporting Brian Wilson during his welcome comeback, I've been only able to put my hands on a hand full of tracks (many of them solo tracks by band members) that were not included in Kaleidoscopin'. This is obviously a work in process and I am not finished with the project. (This is the second version of this compilation. Thanks very much to some of our loyal contributors who helped me fill in the missing bonus tracks from "Mind If We Make Love to You".) Its summer and I'm enjoying this compilation - however if you have any other Wondermints tracks I am missing , please drop me a line. I'd like to add them in. Enjoy and stay cool.