Until the New dB's...World To Cry 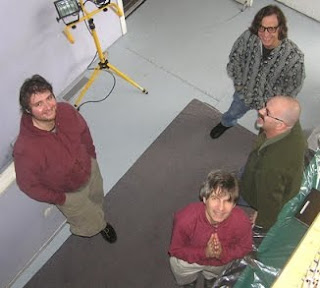 ...so the new dB's album is supposed to come out some time this summer and I'm psyched. As I've mentioned in previous posts, Peter Holsapple and Chris Stamey are two of my favorite songwriters. I loved 2009's Stamey Holsapple record and also enjoyed the live shows from that group. I was recently excited to find out that Peter Holsapple just released a compilation of tracks he did for the song-a-month Podcast series "Radio Free Song Club". Holsapple fans and completists should rush out and support Peter and purchase it. I did and it has some precious moments.

However, I'm still craving that complete dB's experience, so I put together a CD of some tracks that have dribbled out during the last few years. A couple of these come from the dB's web site. Two are ripped from a limited edition vinyl 45 that came out on this year's Record Store Day. The two tracks from that 45, "Picture Book" and "Write Back" are probably extracted from the new album release expected this summer. A couple of other tracks were harvested from Peter's posting on "Measure for Measure" a series on the New York Times website on songwriting. I'd recommend reading Peter's posts if you haven't got there yet. Finally I've included a couple of tracks from Peter's Myspace page. These are some pretty rough versions. If anyone has better copies of these (or any other dB's rarities) please let me know.

Enjoy this taster. Looking forward to the real album. Hope we don't have to wait another five years 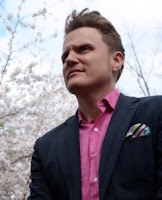 This summer promises to be a hot one full of high quality "big name" Power Pop releases. Already announced are new albums from Fountains of Wayne, Seth Swirsky and The Red Button, Pugwash, the dB's, David Myrh (from the Merrymakers) and Bleu. Everything that's leaked so far from these releases indicates that we'll have lots of great Power Pop to listen to as temperatures climb.

One release I am particularly anticipating is "Dudes", the new one by David Mead. David raised 20,000 from Kickstarter earlier this year to pull together a new Power Pop album produced by Fountains of Wayne leader Adam Schlesinger. This is going to be a great one and a welcome return to form from the Nashville based singer songwriter. I've written about David Mead before and consider him one of the lesser known heroes of American Power Pop. He's done pop albums, folk albums and worked in a diverse set of bands. For the last three years he's worked in a series of projects including a "Almost and Always' fine acoustic project, a kid's album under the name "Davey Ukulele and the Gag Time Gang" and a collaborative punk project called Elle Macho.

In anticipation of Dudes I've assembled a collection of tracks culled from recent David Mead projects.. There are four acoustic tracks originally on Mead's "Almost and Always" from a video blog session in a duet with Swan Dive co-lead Bill DeMain. There are four short tracks from the never released effort entitled "Vitamin D" that David leaked on his Blog. There are also four tracks extracted from his 2010 kid's album released under the moniker "Davey Ukulele and the Gag Time Gang" (the lyrics are aimed at kids, but Mead can't help but craft excellent pop hooks, whoever the audience). One of the Davey Ukulele songs is an ode to Mead's dog Stan. Nice tune that sounds like a lost Harry Nilson track to me. I've also included yet another great song about the very same animal that David wrote with Bill DeMain. DeMain released it on the last Swan Dive album. Enjoy this compilation and go out and buy Dudes when its released. Need to support this struggling Power Pop talent.