The Milk and Honey Band 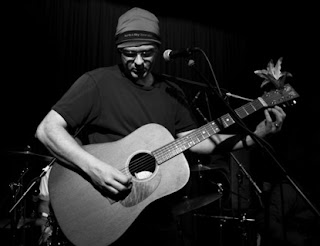 Summer brings to mind a number of great bands that helped defined those times and Brighton's excellent "The Milk and Honey Band" is such a band for me.   Lead by singer songwriter Robert White, the band put out 4 albums starting with 1994's Round the Sun.   Most of the band's output comes out after 2000 with 2001's Boy From the Moon,  2004's The Secret Life Of The Milk And Honey Band, 2009's Dog Eared Moonlight, 2010's In Colour.  The band has a sound that straddles a solid center line between Crowded House and XTC with occasional Beach Boys influences popping through.  Interesting that thier last last two albums were released on Andy Partiridge's Ape record label

I'd love to hear more by this fine band however they haven't put out any new material since 2010. There have been a couple of tunes released solo by Robert White (included here). I also included an acoustic live set to round out this compilation.  I am still looking for the tracks that were briefly released in 2006 on "Crumbs Parts 1 and 2" the digital download compilation if anyone has those tracks. For those who don't know The Milk and Honey band, you are in for a treat.