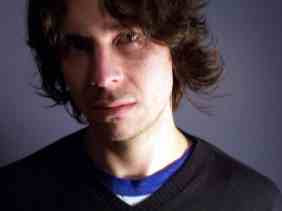 In 1999 Canadian muli-instrumentalist Jordon Zadorozny released "August Everywhere". It was a departure from the two earlier efforts with his band Blinker the Star. Those earlier albums had fine moments but were a bit unfocused, sounding like many indie-bands of the time influenced by Nirvana. August Everywhere was more synthesizer based and contained a series of Beatles influenced tunes mixed in a britpop influenced manner. There is not a bad track on the album. Very much worth picking up.

It took four more years for the next Blinker the Star to release their next album. 2003's "Still in Rome" was a mixed bag. In many ways it returned to the harder edge sound of the two earlier albums. There were great moments though. The pop tune "Got to Go Through It" is great, as is the bitter but catchy "Don't Believe It".

Since 2003, Zadorozny has released a tantalizing trickle of songs on the three MySpace pages he controls in addition to his now deleted Blinker The Star homepage. Each of these songs is a nicely produced PowerPop epic. Many as good as the pop contained on "August Everywhere". I've collected all of these songs in one place. They include b-sides from 'August Anywhere" as well as demos and singles from more recent sessions. Also included are three songs by "Abbey", Jordon Zadorozny's new band with fellow Canadian singer Sofia Silva. Silva has a voice that complements these songs and they integrate well with the others that Jordon sings.

Listen to this Collection of Blinker the Star B-Sides and let me know what you think. Hopefully Jordan will eventually release his next epic. These tracks show he has it in him. 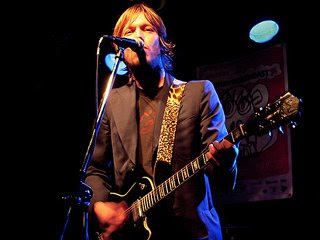 I'm very glad that Jason Falkner is putting out something new...even its part two of his Bedtime with the Beatles series. His first volume of instrumental lullabies was filled with clever "Jason" takes on classic Beatles tunes. Lots of fun.

However, what I most appreciate about Jason Falkner are the excellent songs he writes. I'm posting a fine sounding solo acoustic concert from years ago below. These stripped down solo performances help bring out the power of his song writing. I'm enjoying listening to these classics all over again.