New One By Peter Bruntnell 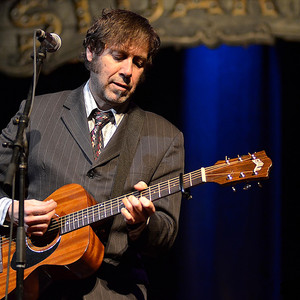 There have been a number of well promoted Power Pop albums already out this year.  But the new album from blog favorite Peter Bruntnell came out very quietly, with limited distribution and little fanfare.   It is true that Peter can always be counted on to enlighten the ears with his subtle brand of folk and pop.

This year's effort is a largely acoustic live record entitled "Live in Firth".   It includes sparse re-imagined versions of recent Bruntell classics from his last four or five albums.   Really wonderful and well worth your time to pick up.   I've been collecting some tunes from appearances by Peter on radio and video promotion shows.   It leans in some similar directions and includes some tunes not included on Peter's great official effort.   Consider this a taster for the uninitiated and an odds and ends collection for Bruntnell completists - like me.

Thanks Peter for all of the consistently fine music.