Blink and you missed it! 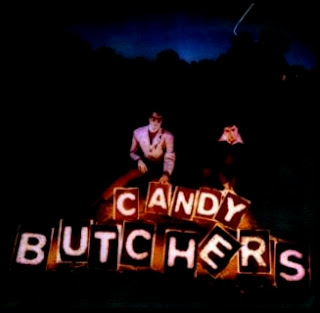 Well evidently if you didn't act fast enough, you missed picking up the CD from the initial pressing of Mike Viola's fantastic new album "Lurch". But not to worry, for a limited time you can link over to the Power Popaholic's fine blog. There you'll find a link to download mp3s of the entire CD for free. I'd do it SOON if you missed the CD. Its a fine one! Evidently this is a limited time offer.

Another great Mike Viola/Candy Butchers CD that many people missed was his 1995 Debut CD" often known as "the Blue Thumb album". Simply stated - It's a classic. Only a few of the songs actually made it to release on the fake live EP "Live at La BonBonniere." If you don't have it then you can buy it below. This is an embed of Mike's Snowcap store. Mike get's all the money and you get an absolutley great album. Get caught up!

Mike is no longer selling his first CD through Snowcap. Check out an info page on it with a couple of mp3s at Mike's home page.
Posted by Haper at 12:59 PM No comments: 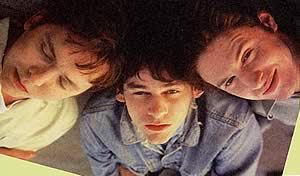 What happened? In 1999, Will Owsley takes the Power Pop world by storm by issuing his self titled debut album - one of the finest examples of PowerPop ever. (If you don't know this album, don't read another word. Proceed directly to Amazon to purchase the actual CD. Used copies were listed as low as $1.50 last time I checked or download MP3s at Amazon for 9.99. If you like the other music we discuss on this Blog then you need to know this album.)

It took another four years, but in 2003, Owsley finally released his sophomore release, the Hard Way. Though not quite as consitently poppy as his debut effort, The Hard Way still has many amazing moments. Don't have it? Buy it at Amazon in CD form . I saw it used for $3.31 when I looked.

Before an extended period of silence, Owsley release one more single and hasn't been heard form since (the word is that he pays the bills as Amy Grant's touring guitarist. I guess that keeps him busy and employed).

What only dedicated Power Pop collectors have discovered is that Owsley released an earlier effort under the name of the Semantics. In this band, Owsley shares songwriting and singing duties with Millard Powers, the future bass player for Ben Folds. This is simply another must hear, must own album. Powers and Owsley have very similar singing voices and the songs are excellent. Zak Starkey plays drums recalling his lineage. A CD was recorded in 1992 and was supposed to have been released by Geffen in the US. It never came out here. It did have a very limited release in 1996 in Japan. The excellent Blog Peanutus Playground Blog has more info and a download link. You've got to hear this one. You can read much more about the album at the Zak Starkey fan site run by Kathy.

This brings me to the purpose of this post. Around 2000, some demos for the Semantics PowerBill session were cirulated. These included most of the songs on PowerBill but also quite a few songs unreleased anywhere else. A friend of mine intermixed these tunes with most of the tracks from solo CD put out by Millard Powers on MP3.com and there you have it, the lost Semantics/Owsley album! To be truthful, most of the singing is done by Millard Powers on these, however Owsley is heard from on a number of tracks and Powers has a great voice. More importantly, he writes Owsley-like great songs. My personal favorite is Track 4, Standing Still. A power ballad by Owsely that sports a gorgeous chorus.

Owsley, where-ever-you-are, some more material please? Millard, another album from you would be great!
Posted by Haper at 4:06 PM 23 comments: