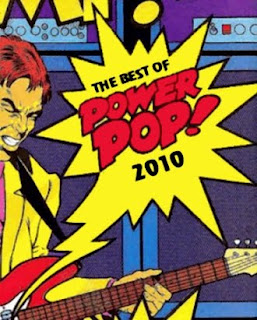 2010 had its share of bad news (the terrible loss of Will Owsley and the end of Not Lame). Even so, it actually ended up a strong year for Powerpop releases. Probably the best portfolio of great albums in years. My favorite 25 releases:


This one just snuck in under the wire in December. Greg Pope obviously knows what he's doing. More than anyone recording today, he consistenly puts out Power Pop that really rocks. Another great effort by Greg.

Sophomore effort by Rooney guitarist Taylor Locke. Where does he find the time? Great one.

Another very nice effort by Joe Reyes. In the tradition of Jon Brion and Jim Boggia, its singer songwriter stuff with a debt to Harry Nilsson and the Beatles.

Whoa! The Contrast are back. The God of Malfunction may be the best album every by this British band. Lots of Smithereens and early REM influences however the songs are hookier this time around. A great direction for this great band.

The Posies put out another strong effort in 2010. Nice variety. Great production... and its the Posies!

This Champaign, Illinois band is back with another rocking power pop effort in the style of Baltimore bands like Starbelly and Myracle Brah. This may be the hardest rocking Pure Pop effort of the year.

Where did Edward O'Connell come from? He sounds very much like Richard X. Heyman... and that's not a bad thing. A really nice album full of Nick Lowe, Graham Parker influenced tunes. My favorite is the rocker "With This Ring" which sounds an awful lot like "See No Evil" by Television.

Bleu had a great year and you can hear it. "Four" has better songs than his previous "A Watched Pot". Features a nice cameo by Roger Joseph Manning.

Teenage Fanclub contribute this nice effort. A more folky effort than ever..but its Teenage Fanclub!!!. They still have the magic...

The Genuine Fakes recall the glory days of 1990's Swedish Power Pop. A nice surprise to hear a new effort in this classic style. Great tracks!

A great debut recalling the Beach Boys and early Teenage Fanclub in equal measure. Lots of great music to come from these guys. Loved this.

This one is a broader rockier effort by the Ice Cream Hands vocalist. Love the track "Swing Bridge". One of the best tunes of the year.