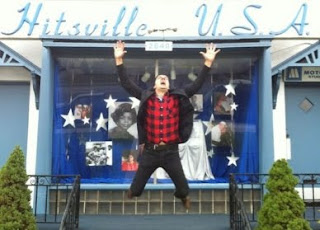 Here is a real treat. As usual, I've been background collecting new rare tracks by Mike Viola for the last several months and have pulled together a new bunch for your listening pleasure. This time its a collection heavy on covers - featuring tracks originally by Phil Spector and Ellie Greenwich, Andy Partridge of XTC, Morrissey of the Smiths and Ratt.

However the pick of the bunch in my opinion is the new version of Andrew Gold's Lonely Boy. Stalwart fans have already heard the version of that track that Mike performed in the studio on his radio session on WFMU (recorded with an extremely out of tune piano). This is an entirely new studio version that Mike cut earlier this year that he was kind enough to share with me (and gave me permission to share with you!). Listen carefully and let me know if you don't think this is one of the best Power Pop tracks of the year. Great arrangement of a classic song replete with Blue Swede style "oohs" and "aahs". This is real Power Pop magic.

Thanks to Andy at Power Pop Square who made me aware of many of these great tracks on this comp. I'm really excited to hear Mike's new album Acousto De Perfecto. Until then let me know what you think about these rare tracks (and PLEASE let me know if you have any I'm missing).

1. Lonely Boy - New Studio version of the Andrew Gold hit
2. Be My Baby - Studio cover of Ronette's hit by Spector and Greenwich
3. 1000 Umbrellas - Cover of XTC's great track with the Section String Quartet
4. Round and Round - Menacing cover of Ratt's hit
5. Do it All Night - Studio rehearsal out take from WFMU session
6. Primary Caretaker - Original solo track from Radio Show
7. Start of Something - Cover of Steve Allen tune from 1955. Briefly the theme to the Tonight Show.
8. How Soon is Now - Cover of Smith's hit recorded with the Section String Quartet
9. Little One - Lullaby
10. Motel Mood - Solo Acoustic version of this great track
11. God Give me Strength - Mikes cover of the classic Costello, Bacharach collaboration. Recorded with "the Violas"
Posted by Haper at 7:55 PM 5 comments: 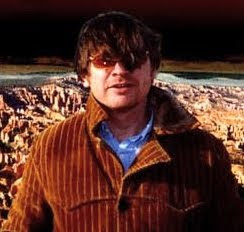 Great news. One of the most eagerly awaited Power Pop releases of 2012 is complete and available for your preview. Gavin Guss's "On High" is streaming in its entirety at his website for a limited time until its formal release. Guss was the lead songwriter and vocalists for TubeTop, the Seattle based Power Pop unit that released one great album "Three Minute Hercules" (long out of print) and then faded from view. I always considered TubeTop in the mode of Fountains of Wayne or The Davenports with ironic self aware lyrics delivered on top of catchy radio friendly tunes.

In 2009 Gavin resurfaced with a solo record "Mercury Mine". One of that years best releases. "Mercury Mine" had it all. Clever tunes with unexpected hooks. Lots of songs I found myself humming days after first listen.

I've been waiting for his second release for a year and "On High" doesn't disappoint. The piano based songs are strong and the production is under-stated but clear. There isn't a weak tune on the album. Guss currently seems to be shopping the release to labels. As part of that process he's posted the entire effort to stream on his EPK (Electronic Press Kit) website. I want to support the project once it has it gets a proper release but until that time, I've assembled a short compilation of non-album tracks. Don't miss "On High"!

Non-Album Tracks:
1. Every Other December
2. Wintertime (Once Again)
3. Voice Inside My Head
4. Place in France
5. Oceans Cracked
6. With You
Posted by Haper at 6:53 AM 2 comments: