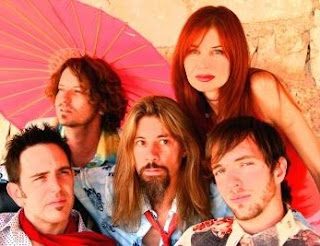 There is a new "Future Clouds and Radar" album scheduled for release in the upcoming weeks - and that's great news. Last year's self-titled album was a welcome return to form by Cotton Mather's lead singer Robert Harrison. In my opinion, it was a candidate for 2007's best release. Stellar Beatles influenced song filtered through a contemporary lens. What I've heard from the new album "Peoria" is just as great.

In honor of the upcoming release, I'm posting a collection of radio performances in support of the last album. Listen closely and hear Robert and the gang revision and repurpose some of the best material from the first release.