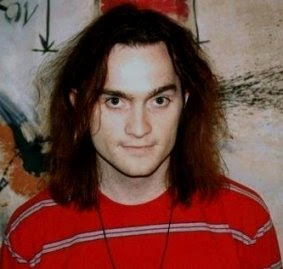 In 1990 and 1993, Jellyfish released two mind-blowing Power Pop classics, Bellybutton and Spilt Milk. Though years later we continue to feel the effcts of those amazing albums, Jellyfish was never (really) heard from again (...well not if you don't count Not Lame Record's excellent live and rare tracks compilation from a couple of years ago).

Band members have put out their own fine efforts. The Roger Joseph Manning Jr. cds have been great ... and obviously Jason Falkner and Eric Dover have gone on to find their own voices and to release Power Pop epics of their own. However we have heard almost nothing from the lead voice and major song writer of Jellyfish, Andy Sturmer. What follows are all the demos that Andy sings on that have leaked out over the years. (I get requests for this stuff often.)
For avid readers of this blog, these tracks are probably old news. Great songs all (at least until the end of the compilation where Andy's recent work on cartoon soundtracks is featured) but there is nothing new or different here. However, for the uninitiated, these tracks should be a revelation, very much in the spirit of Jellyfish. You have to wonder why finished versions never saw the light of day. If you haven't heard these songs, you'll want to get them immediately. The original songs are great and the cover versions bring you back to what was great about Spilt Milk and Bellybutton.
Listen to the collection here
Thanks to the contributors from the Andy Sturmer Yahoo Group who remixed and extended some of the unfinished tracks. I really appreciate your work!
As the first track says, "we're holding out for something better..."
Posted by Haper at 8:39 PM 11 comments: 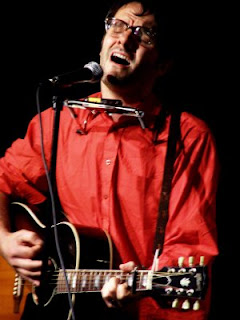 In honor of the upcoming release of the Mike Viola and Bleu's power pop project "The Major Labels", I'm posting some collected demos by Mike and the Candy Butchers. This compilation contains tunes from a number of sources including some songs posted on an older version of the Candy Butchers website.

Some of the best songs are at the beginning of this compilation and though they are great, however I've got to warn against trying to listen to them on headphones. Somebody (maybe Mike?) "released" this stuff a few years ago in a version sure to discourage bootlegging by all except the most devoted fan. The stereo channels are reversed on the first four tracks every couple of seconds or so. The effect is absolutely maddening over headphones - yet you really don't notice at all when listening over speakers.

Listen to them and let me know if you love this stuff as much as I do. Mike should really consider releasing these tracks. Also, if you have any other demos or outtakes from Mike and the Candy Butchers would you let me know about them? 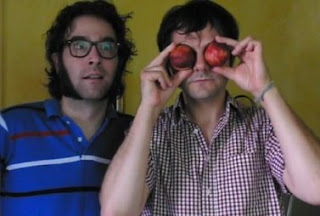 This is a big deal. Mike Viola, Bleu and Ducky Carlisle have just released a killer summer album under the name of "The Major Labels". I've listened to this three times and it is absolutely great! To my ears, lots of 60's pop mixed together with Queen/ELO/Wings style vocal choruses. Think a cranked up sequel to Bleu's LEO project (a fabulous effort if you haven't heard it). Anyone who has any interest in the music talked about on this blog should own this.

Here is the kicker. You can pay what you want to download a digital version of this. Follow the link below. Listen before you buy. I guess they get the money... so support these guys. What are you waiting for? Get this. You will not be sorry.

"Can't Get Enough of..." The Wannadies 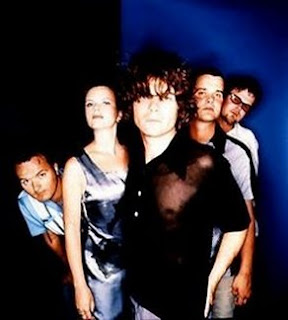 I miss the days when Sweden produced lots of bands concerned with putting "power" in their pop. The Wannadies are one of my favorite Swedish bands from that period. They produced 6 essential albums in 13 years.

If you have something I'm missing , please let me know. If you don't know this band, these b-sides should help you see what you've been missing.