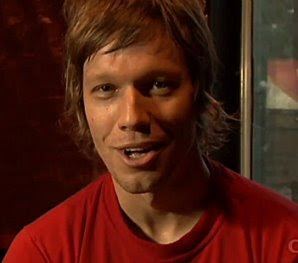 Its frustrating being a Jason Falkner fan. You wait for years for an official release and then end up having to buy an expensive import version of the album. Don't get me wrong. I am really looking forward to the new version of "This Time" when the American release of I'm OK You're OK" finally comes out.... but we could really use some NEW work from Jason. His web site says he is done with yet another album of tracks. I wonder how long it will be to his new material sees the light of day? It would be great if we had a method to pay Jason to release new tracks directly to his fans.

As a stop gap, I've been listening to two web sessions. A great sounding set of studio tracks from groupee.com and some live material from crackle.com. If you haven't been to these websites, you are missing some great Jason videos. I recommend checking them out. Lots of fun.

Most of this material was released on "I'm OK You're OK" and the groupee tracks sound much better than the live crackle tracks. Have any other rare tracks from Jason? Please let me know.
Posted by Haper at 10:45 AM 1 comment: