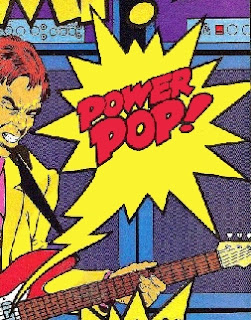 A nice if not breakthrough year for Power Pop, some of the best efforts were from round the globe (The Netherlands, Sweden). Quite a few return efforts from old friends like Gavin Guss, Bill Lloyd and Andy Goldberg. Of course, the return of the dB's was some of the biggest news around here. Looking forward to 2013. Happy new year to you.