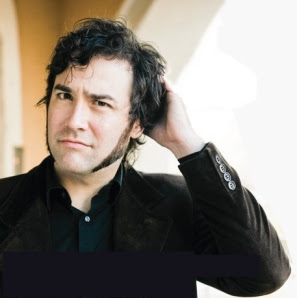 One of the best releases of the year is itself a B-sides compilation. This one an official release from the ever prolific, always brilliant Bleu McAuley. Bleu has pulled together some of his recent demos, outtakes and B-sides and assembled another masterful release that really shows the depth of his songwriting and his amazing voice. If you haven't picked up "Besides" yet, then you really need to. Bleu is making the project available in two formats. Vinyl with digital download and digital download only (...with some minor differences in track listing that drive completest like me crazy.)

Speaking of completeists. I searched my archives and found a number of tracks that didn't make the cut on Besides. These are later tracks than the early B-sides compilation I posted before and none of them are the same as Bleu's official effort. Check them out. Even Bleu's castaways are very, very good. As usual, please let me know if you have something rare that I'm missing.

1. Glass Houses - Outtake from "Blizzard of 05" period. Posted on MySpace

2. Golden Handcuffs - More recent disco track in the vein of "Blow up the Radio" from Besides. Posted on ReverbNation

3. I Have to Have You - Recent track that Bleu has been doing at solo shows.(I was expecting this on Besides). Cool tune. Posted on SoundCloud

4. When it Rains it Pours - Another outtake from "Blizzard of 05" period. Posted on MySpace

5. Sakura (Cherry Blossom Bloom) - Compilation track from "Together We Are Not Alone"

7. Blacklight - Another disco track in the vein of "Blow up the Radio" from Besides. Posted on ReverbNation

8. Cold, Cold Christmas - One of those great bluesy gospel tracks Bleu does so well. This one a Christmas song from ReverbNation

9. Ordinary Breakdown - Yet another outtake from "Blizzard of 05" period. Posted on MySpace

11. How Blue (Acoustic) Not the version from Besides. This solo acoustic track is also from a "Brixton Sessions" video

12. Happy Birthday Mara - Personalized track for a Kickstarter supporter. Posted on Soundcloud
Posted by Haper at 7:48 AM 5 comments: