Seth Swirsky and The Red Button 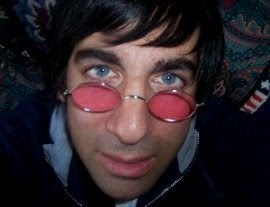 Probably every Power Pop fan agreed that "She's About To Cross My Mind" by the Red Button was one of last year's best Cd's. The talented duo of Seth Swirsky and Mike Ruekberg released a Beatles influenced disc with terrific tunes and sterling production. If for some reason, you were living on a deserted island and missed this one, run (don't walk) to your latest on-line music store and pick it up. You won't be disappointed.

In 2004, Seth Swirsky released his first CD entitled "Instant Pleasure". This one is also a Beatle lovers dream with tunes that could have been lifted right out of Revolver or Sgt. Pepper. Really superb stuff. Its a must as far as I am concerned.

I'm a collector and I've collected some of Seth's demos and b-sides. For me they are also essential tracks however these are all I that I have. I know that I am missing some key tracks. Does anyone have anything missing here?

There are reports that Seth is working on both a Red Button CD AND a new solo CD this year. I can't wait...
Posted by Haper at 8:26 AM 6 comments: 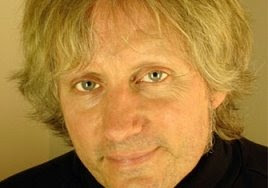 Parthenon Huxley is a sorely under-recognized pop genius. He's been putting out superior Beatlesque power pop for nearly 30 years with a criminal lack of public recognition. As "Rick Miller", he was one of two singer songwriters for the seminal North Carolina power pop band the Blazers. Later as "Rick Rock" he recorded three classic slices of power pop in the Mondo Montage series. in 1986, "Parthenon Huxley" recorded his first album "Sunny Nights", a 1980s Power Pop classic. His 1995 epic "Deluxe" was recorded by his working band "P. Hux". (It's great that this classic is back in print and currently available for download. ) In 1998, Parthenon Huxley joins ELO 2 and then that band is renamed "The Orchestra" when Jeff Lynne demanded control of the ELO name back. Parthenon's classic "Jewell and Johnny" was a high point for the Orchestra.

Parthenon Huxley has put out a remarkable string of P Hux albums, all of them classics and highly recommended. I've included a link to some hard to find b-sides and compilation tracks. There are some great tracks here and you should definitely check them out. But don't miss out on the official releases, they are even better. Almost all of them are available directly from Parthenon Huxley. I've purchased most of mine this way and recommend every one.

Thanks to Powerpopaholic, I found and enjoyed reading this recent interview with "the man". Sounds like Parthenon is up to some interesting projects. I'll be checking those out soon.
Posted by Haper at 8:27 PM 6 comments:

Excited About the New Pugwash 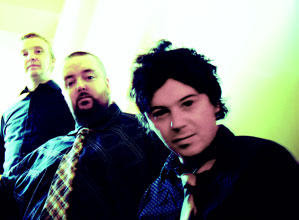 For those of you who don't know, the Irish band Pugwash is one of the finest Power Pop bands recording today. Band leader and writer Thomas Walsh has worked with Andy Partridge and Jason Falkner and he really deserves to run in that distinguished company. They have a new CD out in the UK entitled "Eleven Modern Antiquities" and from what I've heard it may be the best thing so far this year. I can't wait to receive my overpriced import copy from Amazon!

You can listen to snipets from the CD at their Myspace site.

I loved the single "Take Me Away". I downloaded from Amazon and I really recommend it. It has a great "Revolver" vibe to it. In honor of this new CD I'm posting a few (not so great sounding) rarities I've picked up. They're nice but I'd really recommend the albums if you don't have them:

2005 Jollity
2003 Earworm
(A compilation of some of the tracks from two earlier albums "Almanac" and "Almond Tea". If anyone owns these would you let me know please!)

These are all highly recommended.
Posted by Haper at 8:07 PM 14 comments: