Ice Cream Hands - In Your Arms 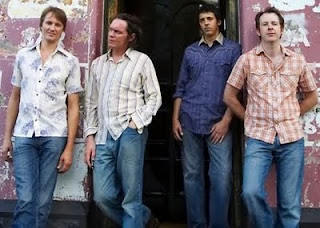 The posting today is from one of my favorite bands, Melbourne's Icecream Hands. The band began life in 1992 and released a series of class albums that somewhat resemble the output of country mates Crowded House. Though I'm a fan of Neil Finn, I like Icecream Hands even better.

If you've never heard Icecream Hands, I'd recommend the 2004 "best of" compilation entitled "You Can Ride My Bike". Loads of classy pop songs with plenty of addictive hooks. Also included in that package is a great b-sides compilation disc. I also love the solo albums by lead singer Chuck Jenkins. He's put out four CDs. Each one a gem.

Icecream Hands produced their last album "The Good China" in 2007 and has only gotten together occasionally since that time. That album featured more vocals than usual by bass player Doug Robertson and guitar player Marcus Goodwin.

This compilation complements the "official" B-Sides disc that came with "You Can Ride My Bike". It pulls together a number of more recent solo tracks from all the band members along with a few later b-sides by the band. Let me know if anyone has anything I'm missing. Also let me know if anyone has the very rare live acoustic album entitled "Live at Manchester Lane". I've been looking for that one for some time. Enjoy!