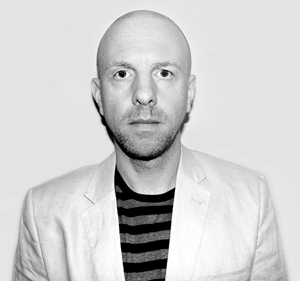 This month's post is dedicated to another classic album from a rarely heard artist - Tam Johnstone, the son of Elton John guitar player Davey Johnstone. Tam released his first album "Local Honey" under the moniker "The General Store" on Not Lame records in 2002 and to my ears it was an instant classic. The album contained a concentrated blast of Big Star/Badfinger ballads with beautiful playing and production.   In an alternate universe, this release would have rocketed him to instant stardom, but alas, things don't work out that way.

In 2008, he released another fine General Store album and began work as a videographer.   In 2011, he took on a concentrated video project called the "Song Explosion" releasing a new song and video every week for that year.  He culled an albums worth of material from that project to create "Fantastic Animals" his first solo record.   Though a fine record in its own right (and well worth picking up), a number of fine songs from the Song Explosion remain un-issued to this day.   I've collected my favorite in the compilation below.   It's fine listening.  I defy anyone to produce a better or more clever song than the second track "Complicated Girl".   One great song among many.

Since 2011, Tam has issued a newer collection of old timey torch songs but he has turned his energies to video production.   He is producing a documentary on the early days of Elton John. He is a real talent and I hope we haven't heard the last of Tam as song writer.