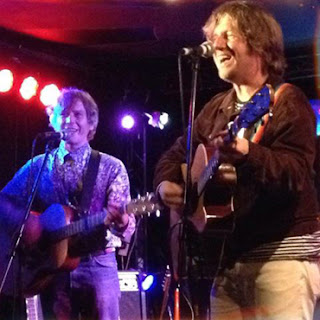 Oncoming Classic Power Pop Alert!   I'm extremely excited about the new covers collaboration project between Duncan Maitland and Robyn Gibson, leader of the Junipers. Duncan Maitland, for those of you who don't know, is a well respected studio musician who is at the core of the Irish Power Pop scene.  He has featured prominently on all Pugwash releases and in 2010 released a phenomenal solo record "Lullabies For The 21st Century", a lovely purple vinyl version of which was recently released by Sugarbush.  If you haven't heard this great album, then you owe it to yourself to check it out ASAP.

Robyn Gibson is the leader and vocalist of the Leicester based psychedelic pop band the Junipers.  Their release "Red Bouquet Fair" is a lovely chamber pop epic, on track to be on my best of the year list.   Together Robyn and Duncan call themselves Future Harmonies and they are working on an all cover effort to be released later this year. They have been leaking out some tracks on SoundCloud that are truly beautiful.   I've combined those tracks so far with some alternative versions of songs from Duncan's 2010 masterpiece "Lullabies For The 21st Century" in this compilation.  Listen to this and get excited about the oncoming Future Harmonies album. Duncan rarities are hard to find.  If anyone has a copy of Duncan's rare "2006 Live Alien EP" can you let me know?   I've had one back-ordered on Amazon for months. 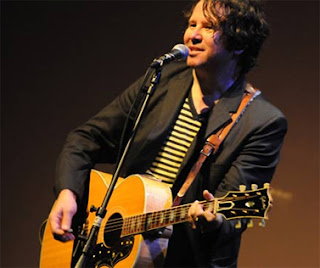 Grant-Lee Phillips is a long time favorite of mine and though much of his output could be characterized as Americana, there are strong pop elements throughout his large catalog. His latest effort "The Narrows" is a solid  rocking album.  It alternates between strong roots rockers and Grant's trademark world-weary crooning ballads.

Today's post is a collection of rare non-album compilation, B-side and bonus tracks that emphasize Grant's pop sound. All of these rarities are from Grant's post Grant Lee Buffalo period.  (I'm currently looking for at least two tracks that know of  "The Goodnight Horse" and "Hold Me".   If anyone has these or any other Grant rarities, I'd appreciate letting me know).