The Davenports - Where is the Great Gallop? 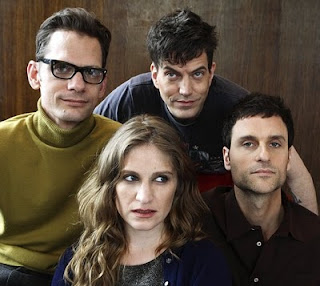 Whatever the cause, waiting for great Power Pop album that never comes out can be extremely frustrating. (Credit the current screwed-up state of the music industry.) In late 2008, the Davenports released a single and a few b-sides from the soon to be released third album "Why the Great Gallop". The tracks were great, filled with terrific hooks and clever word play, sounding a bit like Fountains of Wayne. (This makes sense since singer Scott Klass spent some time in an earlier version incarnation of FOW.)

2009 comes and goes and no album. A Scott Klass solo track shows up on a compilation and that track is wonderful too. According to a recent post on the the band's Facebook site, they are remixing the album yet again. Hopefully this time they can navigate through the murky waters of the music business and get this great album released. I can't wait to buy the whole thing. Listen to this taster of early tracks and let me know if you don't love this as much as I do.
Posted by Haper at 2:43 PM 5 comments: