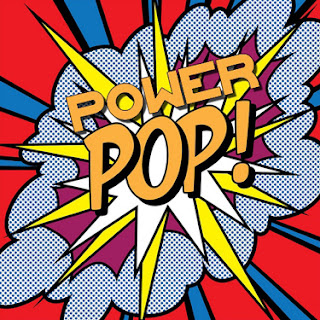 Well this year flew by and so did December. I'm taking a chance that I'll miss a great one squeaking in under the wire in the last few days of the year, none-the-less, here is my first pass at the top 25 for 2015:

1. Taylor Locke - Time Stands Still
A remarkably coherent record from start to finish. Taylor Lock's first solo record is an homage to 1970's pop. Great songs throughout.  I played this all year. My favorite this year.

2. Caddy - The Better End
The latest effort from Norwegian popper Tomas Dahl is a stunner and transcends his previous punkier efforts.   This one slows down and takes us beyond the Teenage Fanclub references to an album that stands up to constant listening.  Beautiful songs with great arrangements.

3. Pugwash - Play This Intimately as If Among Friends
The latest by Thomas Walsh and the crew is wonderful even if it was unexpectedly mellow. Still Pugwash seems to be able to do no wrong. One of the years best - as usual!

4. Adam Levy - Naubinway
The first solo effort from the Honeydogs singer songwriter Adam Levy is dedicated to his son, who took his own life. But to be sure Naubinway is a wonderful life-affirming record. Great melodies abound even as Levy works through the tragedy.

5. Reno Bo - Lessons From a Shooting Star
The sophomore effort by Nashville based singer Reno Bo is a classy rocker with good variety.   At different times, the album sounds like Dave Edmunds, Tom Petty or Tommy Keene. Loved this one.

7. Michael Carpenter - The Big Radio
I don't get why this record is supposed to be Michael Carpenter's "last" album.  He is still in top form and this one is one of his best..  Solid roots rock with poppy touches at a new high level.  Say it isn't so Michael!

8. Cloud Eleven - Record Collection
It's been 9 years since the last record from Rick Gallego.  Just like each of the four efforts that precedes it, this one is full of smooth poppy tunes that sound like summer (think the beach boys).  Glad to hear a new one from Rick.

9. Secret Trees - Till We Find Ourselves
I always love to come upon new albums by new artist and this album is a jewel  The group checks an obvious influence by covering Tears for Fears.  Amazing production for a such a new band.

10. Jared Lekites and The Lunar Laugh - Apollo
The new duet project by Jared Lekite and partner Connor Anderson is a step change from the earlier efforts from Lekites.  The songs are great and recording is stellar.   I added the singles that Jared released this year to fortify the short album.

11. The Maureens - Bang The Drum
This second album by the Dutch pop gains unexpected depth.  The first album sounded like a Swedish Power Pop album from the 90s.  This one adds lots of harmony vocals and evokes a 70's soft rock vibe.  Very nice.

12. The Grip Weeds - How I Won the War
The latest album by prolific New Jersey psych popsters rocks.  This band keeps getting better and better.

13. Chris Stamey - Euphoria
Stamey's last album "Lovesick Blues" was a quiet chamber pop affair but this latest one is as nakedly poppy as anything he's done in his long career.

15. Tommy Keene - Laugh In The Dark
I don't know how often we say that "Tommy Keene is back" but this album is as good as anything he's ever done. Great classic Power Pop from Tommy as usual.

16. Brandon Schott - Crayons and Angels
Brandon Schott has produced a great album that channel his pure chamber pop vocals in a number of settings.

17. The Nines - Night Surfer and the Cassette Kids
Interesting direction by Steve Eggers.  It sounds like he's been listening to his old copy of XTC's Black Sea.  Punkier than before, Egger's can't help but pen great songs whatever the setting.  I also liked the two EPs that The Nines put out.

18. Kurt Baker - Play It Cool
Our favorite Maine based rocker has a new collection of 3 minute gems - and its very good.  No one does this type of thing better.

19. Michael Sherwood & Christian Nesmith  - Groovy Lemon Pie
Evidently this album has been in process for several years.   It is dense and full of dramitic Power Pop. Very ambitious through messy at times, this one tries to channel Jellyfish.

20. Elvyn - Valley of the Kilowatt Hour
Though its been 5 years since Elvyn's last album the Canadian band is in fine form.   This one has a Fountains of Wayne vibe.

21. Greg Pope - Fanboy
A new one by Greg Pope promises rockin' pop fun. This one does not disappoint.

22. Three Hour Tour - Action and Heroes
It's great to hear a new one from Champaign Illinois rockers.   This album rocks hard though the chord patterns recall the Beatles less this time.

23. Jimmy Haber - Joy Acid Pact
I really liked this psychedelic rave up.  Lots of fun.  A new power pop dance party by a Beatles and Who fan.  This one shows some real development compared to his last.

24. The Junior League - Also Rans
Though I wasn't expecting such a rockin effort from Joe Adragna since his last effort was more subdued.   A true return to form.  Nice effort with novel chord patterns.

25. Ryan Hamilton - Hell Of a Day
Though Wyatt Funderburk issued an odds and sods compilation this year, we didn't get any new material.   However Wyatt used his talents to produce the solo effort by Ryan Hamilton.   "Hell of a Day" has a similar vibe to Wyatt's work with slick production and Fountains of Wayne tongue and cheek pop tunes.
Posted by Haper at 2:59 PM

This list is always appreciated every year. There's always something on it I was unaware of and need to check out!

Thanks man, very cool!! Feel free to post it on my profile :)

thanks for your great work on this site all year, and i really appreciate the top 25. cheers

If I could expand my list to 40, all the artists I did not mention would be in in! We both have good taste! http://www.powerpopaholic.com

Hugs from Steve Robinson & Ed Woltil for including us on your stellar list.
Cheers!

Honored to be included here in such great company. Thank you!